So, what's going on with this movie that is supposed to be from the 11:11 Phenomena novella? Am I just making it all up for attention? Or is something real happening? 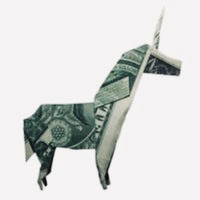 I am in a fairly unique position. I'll explain exactly what that means, but first, let me tell you something before I get to that. Just about every author would love to have their work go "mainstream", and see their book/s in bookstores. I dare you to find a author who doesn't want to be successful. It would be equivalent to finding a unicorn. Well, it is equally difficult for an unknown author to not only sell his work to a major publisher, but to also receive an offer to make his book into a movie. It's almost up there with winning the lottery.

My unique position is, one of those two things has happened. At the time of this writing, I don't have an agent yet, and I am basically still an unknown author. And yet, there is the possibility - not a guarantee - that a movie will be made based on one of the short stories from my 11:11 Phenomena novelette. So, how did this happen?

AARON HERNANDEZ STARTED IT ALL

About May 8th, 2019, I received a message from a past co-worker who wanted to make an indie movie about Aaron Hernandez, and she wanted me to be the writer. She chose me because she had a copy of my novel Fury in the Garden: Dream Version, and thought I could write the screenplay/book  about him. She assumed I could easily write the script or screenplay.

I was apprehensive about the whole idea, and didn't think I would agree to become involved for three main reasons: 1.) I had no idea who Aaron Hernandez was. 2.) I thought being an unknown author might hinder any credibility with her project. And 3.) I didn't think she had enough connections to enter the movie making world. I laid out my concerns to her, (via text messages, which she preferred over direct phone conversations) but, she was adamant and determined to begin.

To her credit, she was already in touch with and knew a few people in the industry. For instance, she had the interest of producer/director sisters Caryn and Cara Lawson, who were then in Chicago creating something for HBO while working with Mark Gordon - well known TV and film producer. She had a cinematographer and friend who filmed her daughter in a couple of Subway commercials, she had a entertainment lawyer, was looking for a good director, and was planning on flying us to Connecticut to begin interviewing the family of Mr. Hernandez. I reluctantly decided to give it a try.

Prior to beginning my research on Aaron Hernandez, I contacted my brother, rightly assuming he would know something about the guy. One of the things my brother mentioned was his assumption that there must have been books and/or movies about Aaron already produced or in the works. I sort of dismissed the idea, asking him, "Well, have you seen any?" Then almost two weeks later, I receive a message from my friend telling me that the producer sisters had a change of heart. My friend shared a part of the message where they told her there were already other Aaron Hernandez projects in the works that were better funded. One of them being based on the "official" book about his life, and even then it was fraught with problems, including how the Hernandez family was "blocking" things and there were "death threats" involved. The message, which I believe was from Cara Lawson, went on to say that she and her sister did not have "enough experience to go up against these people or be in competition with a film with a ton more resources."

I had to agree with the Lawson sisters - and my brother. But my friend however, well, she thought it might still be possible and didn't want to give up on her idea. I mentioned the possibility of maybe making a movie based off of one of my books, but she remained fixated on Aaron Hernandez.

Then seven days later, she sent a message asking, "Which book did you want to make a screenplay? Fury in the Garden?" That's when I suggested 11:11 Phenomena, because Fury would need a big budget for the special effects that would be required to make it work as a movie. I quickly sent her a copy and she soon chose one, of the four stories, she wanted to make into film. A script is currently in the works.

So, at this time, she is seeking a director and is reaching high for the likes of Christopher Nolan. I have some serious doubts about that one, but she remains optimistic. She has planned a second meeting with me in September to sign a film rights contract and will ask her friend Cheryl Burton - anchorwoman of Channel Seven News - to join us. Ms. Burton has a signed copy of 11:11 Phenomena, and hopefully has had the time to read it.

As I mentioned previously, there is no guarantee that this project will lead to the actual production of the low budget indie movie we hope for. Even when books or screenplays/scripts are professionally Optioned by major studios, it is still no certainty that they will follow through on creating a movie from it. More often than not, it does not happen even for most well known authors in this saturated market. Thus, my friend and the "possibility" of seeing my writing come to life on film is my Unicorn, a fantasy creature that can vanish at any time. But, if it gets the green light, you will all be the first to know. :)

For now, I will remain realistic but hopeful.

Thanks for reading this.